UPDATE 1/26/2021: It was brought to my attention that the final version of this spending bill did not include the language below.

the public. The update shall include: the case definition FDA uses to include or exclude cases

causation of DCM; how FDA distinguishes cases of DCM due to genetic predisposition in

certain breeds; how the agency plans to work with pet food companies and the veterinary

cardiology community during the investigation; and the timing and nature of any future public

The FDA's investigation into this issue has been controversial, attracting frustration from pet owners, pet food industry members, pulse farmers, and veterinarians alike. Most recently, attention was drawn to a quiet update issued at a Kansas State forum revealing over 1,100 reports (up from less than 600 in 2019). The FDA later followed-up with a milquetoast release to the public that was interpreted by some industry outlets to mean the investigation was over and the diets in question were exonerated. However, the FDA has affirmed that the investigation is ongoing and diet remains a potential factor.

It should come as no surprise that the FDA has been hesitant to provide updates to the public. There has been significant pushback from industry members that believe the FDA's investigation is misguided and has hurt their bottom lines. Leading up to the forum, several US Senators wrote a letter to the FDA, urging that consideration be given to previous criticisms of the investigation. They write, "The investigation has been of significant interest to the pet food industry, its supply chain -which includes farmers in our states..." The criticisms in question are most likely those asserting that by naming brands and ingredients, the FDA had unjustly harmed pulse farmers and pet food manufacturers.

Hopefully, any additional updates released to the public will come sooner rather than later. Dr. David Edwards, Director of the Division of Animal Feeds, U.S. Food and Drug Administration, Center for Veterinary Medicine is currently scheduled to speak at the American Feed Industry Association's virtual Pet Food Conference at the end of January. It's unknown whether DCM will be mentioned at this time.

All current evidence from the FDA's data releases and academic research outside of the FDA continue to support that there is some link between legume-rich, grain-free diets and atypical, non-hereditary dilated cardiomyopathy in dogs. The exact nature of that link remains to be seen. While many industry members wish to carry on with business as usual until the nails are in the coffin, veterinary professionals continue to recommend caution until more information is available, urging pet owners avoid implicated diet types and ingredients. There are several criteria you can use to select a food for your pet, and it is always a good idea to consult with your veterinarian as well.

Have questions about diet-associated DCM? Use the contact form in the side bar, comment, or email info@docofalltrades.net as I'm working on a comprehensive Q+A

150+ Study Analysis Shows No Link between Grain-free and DCM?" Not quite.

New Research Out of UC Davis on Diet and DCM, 2020

Is Big Business and Bad Science Behind the FDA DCM Investigation?

Rumor That The FDA Investigation is Dropping Diet 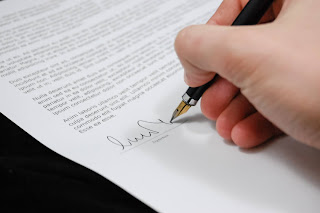