The Facts & Fiction of Pet Food

As the human-animal bond continues to blossom, and our pets become more and more a part of our families than the past, people are putting more effort into optimizing care for their animal companions. While this is nothing short of great news, unfortunately it has created a marketing niche for misinformation to be spread and utilized to sway people towards certain products. While there is no question that proponents of raw feeding are only trying to do the best by their furry friends, there is a myriad of myths circulating in the media regarding the purported benefits and lack of risks to raw feeding. This post is intended to clarify some common reasons people opt for raw and provide clear facts on the issue so that everyone is equipped to make informed decisions.

While it's true that wolves and other wild canines naturally consume raw meat, there are a plethora of reasons why this is not an ideal standard for our domestic canine companions. First and foremost, dogs are not wolves. When comparing full genomic sequencing, there are at least 36 regions of variation that have been subject to significant selective alteration in domestic dogs. Of these, ten play key roles in digestion and food metabolism. The authors of this particular study concluded a genetic predisposition for the improved ability to digest a starch-rich diet is present in domestic dogs when compared to wolves.

It is also worth note that behavior and diet in the wild is very much driven by what is available for immediate survival, not necessarily by what is most conducive to long-term health and an extended lifespan. While wolves in the wild typically live 6 - 8 years, dogs and captive wolves have an average lifespan of 10 - 13 years.

Even if one were to hold that the domestic dog's diet should mirror that of their wild counterparts, most raw diets are not as fresh as the carcass eaten by wolves after a kill. In most cases, muscle tissues harbor little, if any intrinsic bacteria. That is, most bacteria is introduced to meat during and after slaughter. Processing not only allows for the introduction of novel bacterial pathogens to raw meat, it also provides the time and environment for those organisms to multiply. While this poses an issue for the surface of whole cuts, it is an even greater concern when considering ground meat, all of which is exposed to external contamination.

"Raw doesn't pose a health concern. I handle it appropriately and dog's digestive systems are protected from the bacteria in raw meat."

Generally speaking, humans are more susceptible to food-borne illness than most other animal species. However, that does not mean that dogs are immune. As discussed above, dogs differ substantially from wolves and even still, meat that goes through production is exposed to pathogens that would not be present in a freshly killed specimen. In nature, a canine would not be subject to the food-borne pathogens present in raw meat products. Of prominent concern are Salmonella, E. coli, Listeria, and Campylobacter. Not only can dogs become ill from exposure to these organisms, all of these diseases are zoonotic as well, meaning they can be passed on to people. Raw diets are known to harbor these bacteria, and dogs fed raw diets shed these bacteria in their saliva and feces. Even when handling raw products with safety in mind, both dogs and their owners are at a greater risk of pathogenic bacterial infection where raw food is involved.

The best solution to this problem is to cook any fresh diets offered to pets, which brings up the next major topic:

"My pet's health is so much better on raw!"

It is common for people to report subjective health improvements noticed after switching to raw foods. Improved coat appearance, particularly shine and texture, is of particular importance to owners when self-reporting on perceived animal health. This can likely be attributed to the higher fat content of raw diets when compared to traditional pet foods, which results in these desired changes to the coat. Despite these perceptions, however, there is no published literature on the health benefits of feeding a raw diet over a cooked or kibble diet. In some cases, the perception of health improvement may be the result of a placebo by proxy, and in others, the perception may reflect an actual improvement in health due to a diet change. However, the same improvements could likely be replicated with a cooked diet which would provide the same nutrients with less risk of creating health concerns.

People pursue a raw diet wanting to do the best by their pet. This is not disputed. Unfortunately, raw is likely not the best option for many of our furry companions, despite a wealth of misinformation circulating the media. While many kibble diets exist that are sufficient for maintaining health and well-being, a fresh, nutritionally-balanced, cooked diet is still ideal whenever people have both the finances and time to pursue providing it. That said, it's important if you wish to cook your pet a diet at home, you consult with a board certified veterinary nutritionist to develop a diet that is complete and balanced to meet your pet's needs.

World Small Animal Veterinary Association
"RMBDs have a high risk for contamination with bacteria, parasites, and other pathogens. In addition to the risks of nutritional inadequacy and contamination with bacteria and parasites, other health concerns for an animal eating a RMBD include risks from ingestion of bones if they are included (e.g., constipation, diarrhea, dental fractures, gastrointestinal obstructions) and diet-induced hyperthyroidism from excessive ingestion of thyroid tissue. There is currently no properly documented evidence of health benefits for RMBD, but there are well documented risks. As such, the World Small Animal Veterinary Association Global Nutrition Committee recommends that RMBD not be fed to dogs and cats."

Canadian Veterinary Medical Association
"The Canadian Veterinary Medical Association (CVMA) accepts the evidence for potential health risks to pets fed raw meat-based diets (RMBDs), and to humans who are in contact with RMBDs, or with pets fed RMBDs. The CVMA holds that the documented scientific evidence of potential animal and public health risks in feeding RMBDs outweighs any perceived benefits of this feeding practice."

American Veterinary Medical Association
"The AVMA discourages the feeding to cats and dogs of any animal-source protein that has not first been subjected to a process to eliminate pathogens because of the risk of illness to cats and dogs as well as humans."

American Animal Hospital Association
"Past proponents of raw food diets believed that this was the healthiest food choice for pets. It was also assumed that feeding such a diet would cause no harm to other animals or to humans. There have subsequently been multiple studies showing both these premises to be false. Based on overwhelming scientific evidence, AAHA does not advocate nor endorse feeding pets any raw or dehydrated nonsterilized foods, including treats that are of animal origin.`"

American College of Veterinary Nutritionists
"At this time, the vast majority of purported benefits of feeding raw foods remain unproven, while the risks and consequences have been documented. It is best to discuss the choice of feeding raw foods with your veterinarian so that an informed decision can be made with regard to your pet’s diet."

Thanks so much for reading!! I strongly encourage you to leave comments if you have any concerns, questions, or objections to the material presented here. Don't forget to subscribe to the blog to read future posts!

The AVMA on Raw Feeding Guidelines

Critical Review of the Literature on Raw Diet Risks and Benefits 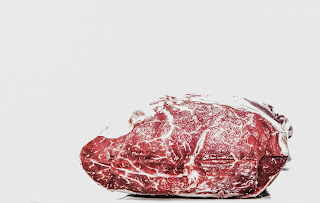 Trying something new— join me for a few hours this Sunday evening while I play Celeste and answer your questions about...