Perhaps most noteworthy in the materials is an update from the FDA, though their website has remained quiet since the July 2019 release. In the opening remarks to the forum, FDA's Dr. Steven Solomon says "We have tried to be careful in our messaging, and we recognize going forward not to speak on this topic publicly unless we are clarifying information or have something substantive to share. As I have said on numerous occasions, we are not looking to put out any additional information until we have more scientific certainty. ... Although CVM’s investigation must be driven by science and our public health mission, we are acutely aware that promoting transparency and public awareness may not be kind to everyone’s bottom line. I empathize with those of you who have experienced adverse consequences in your businesses, and with those of you in the veterinary community who have had your own challenges in sharing your scientific findings and trying to determine what type of diets to recommend to your clients and their pets."

What's important for pet owners to know is that these findings continue to support that there is a link between certain diets and the development of dilated cardiomyopathy.

The report is now publicly available, and the FDA is reportedly in the works of determining how to most effectively communicate updates on their findings to the public. In the meantime, and in the interest of transparency, here are the highlights of what was provided at the forum:

Recovery seen with a change in diet is consistent with an underlying dietary etiology to these cases. Secondary DCM is only known to resolve when the underlying cause is addressed, and the additional therapeutic measures (pimobendan and ACE inhibitors) have not been documented to reverse cardiac disease, only stabilize patients, slow disease progression, and prolong patient survival. These findings further support that some aspect of legume-rich, grain-free diets contributes to the development of dilated cardiomyopathy and underscore the need for continued research.
Connect with Pet Owners and Veterinarians:
Diet-Associated Dilated Cardiomyopathy (DCM) in Dogs 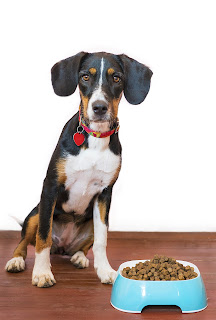 In 2018, following concerning reports from cardiologists, the FDA launched a public investigation into a suspected link between the development of a heart disease, dilated cardiomyopathy, and the type of food that dogs were eating. As the investigation wore on, a few notable details emerged: many of the dogs were atypical breeds for presenting with this disease, some of the dogs were unrelated house-mates,  most of the dogs were eating grain-free, pulse-legume-rich formulas of foods, and taurine levels, a previously documented cause of nutritional DCM, were not consistently low among affected dogs. Months in, it became apparent that after changing diet, some dogs began to show improvements in their heart measurements.

A 2019 update from the FDA caused a significant stir among the public and professionals alike-- the agency named the brands that were associated with the most reported cases at that point in the investigation. This presented unique challenges for veterinarians, pet owners, and members of the industry alike. News agencies jumped in on the hot topic, and important details were muddied in the midst of all of the buzz. Pet owners sought answers. Was their choice of food killing their pet? Veterinarians struggled to advise clients on an emerging issue shrouded in unknowns. Sales of grain-free pet foods began to drop. Businesses were hurting. And, eventually, people became skeptical. Accusations began to emerge that Nestle Purina was spearheading efforts to push smaller pet food brands out of business. Leading veterinary researchers were questioned in regards to their ethics and motives. Under all of this, what would grow to be a troubling trend of industry pushback was brewing.

A coordinated effort to research DCM was launched mid 2020 by BSM Partners, a consulting firm that works with pet food companies. While promising at first glance, their first publication raised red flags among veterinary professionals. Widely touted as a "benchmark study," their literature review (a report discussing the findings of previously conducted research) was shared by industry publishers, claiming that "research compiling 150+ studies finds no conclusive link between grain-free diets, DCM in dogs." Not only was this publication not research at all, it also failed to fully address the issue on multiple fronts. Of the 150+ studies reviewed, only a handful addressed the present issue of diet-associated DCM. Of those few, most found that there is a link. Additionally, the authors mischaracterized the nature of the FDA's investigation, incorrectly referred to Golden Retrievers as a breed predisposed to hereditary DCM, and failed to discuss the noted reversal of disease in dogs that changed diet. Most troubling, however, was the failure to disclose a very prominent conflict of interest-- BSM Partners formulates diets for Zignature, one of the brands named in the FDA's update. One of the authors, Dr. Bradley Quest, has been named as Zignature's staff veterinarian. While conflicts of interests don’t always actualize in misrepresentation of information, it is important to highlight where those conflicts may influence opinion. In this case, it appears clear that the conflict seeped into how the authors reviewed the literature in question.

The criticisms surrounding the literature review, including the undisclosed conflict of interest, raise questions about the integrity of the researchers involved, and additional disclosures of funding have brought forth even more such questions. The Northern Pulse Growers Association has criticized the FDA for having “unfairly linked pulse crops to canine DCM,” and stated “To dispute their claims, USA Dry Pea and Lentil Council is raising funds to support pet food research being conducted by BSM Partners.”. Alongside the Dry Pea and Lentil Council, The Northern Pulse Grower’s Association pledged $150,000 in donation to the DCM Research Fund Campaign. In their announcement, they lament that pet food was their fastest growing market... before the FDA's investigation.

Columbia Grain International (CGI), self-identified as one of the largest producers and exporters of pulses in the US, donated $25,000. They write, “Lately, the FDA has made it difficult for pet owners to share the health values of pulses with their pets without concerns brought about by the FDA’s unsubstantiated claims that they may be harming their furry friends,” and say that an estimated 250,000 tons of sales have been lost secondary to changes in the pet food industry.They characterize their donation as supporting pulse growers and industry partners, clearly presupposing that the findings will be in their favor.

Perhaps most egregious, an issue of Pulse Pipeline announced these donations and further questioned the FDA [37], going so far as to characterize BSM Partner's research as something that could “discover the real cause of Dilated Cardiomyopathy in dogs” (emphasis added). They clarify their intent: "Now we need hard evidence to dispute [the FDA's] claims." The nature of the research is further described: "BSM is asking for $5 million to conduct three important research projects that have the potential to discover the true cause of DCM in dogs and take the heat off of grain-free diet ingredients." If these donations represented good faith attempts to further understand the observed correlation, they would be welcomed. However, there is reasonable cause for concern that there is an underlying agenda to vindicate pulse legumes, rather than implement scientific processes with neutrality to assess whether pulse legumes are a contributing risk factor. Regardless of financial impacts on the industry, unsafe ingredients should not be included in pet foods. It is imperative for research to be conducted without pressure from crop growers to absolve their products of blame.

In the face of controversy, veterinarians are caught in a balancing act between the observation of a strong correlation and the lack of definitive evidence of causation, and have drawn criticism from industry members that are financially impacted by recommendations to avoid certain foods until more information is available. To individuals unfamiliar with emerging clinical issues and the practice of medicine, many of the concerns swirling around the validity of the FDA’s investigation and correlation between these diets and DCM may seem compelling. However, important findings are often omitted and many skeptics fail to encompass the big picture of how these concerns must be addressed by veterinary practitioners. It’s telling that most of the concerns are arising from members of the industry, owners of pet stores, but not veterinary cardiologists. The objecting individuals have reason to be disgruntled, as they experience firsthand the negative repercussions of the investigation and changes in public opinion, without seeing the medical side of affected dogs and distraught owners. Cardiologists, however, are far less removed from the impact on affected patients. If these concerns were truly without warrant, these experts would be among the first to signal the need for a redirection.

In medicine, clinical observations almost always outpace formal scientific inquiry. A good example is the link between grape consumption and acute renal failure, first brought to attention in 2001. To this day, nearly two decades later, a definitive cause has still not been identified to explain why only some dogs, some of the time, after eating some amount of grapes, may experience acute renal dysfunction. However, it is commonplace for grapes to be treated as a toxin, as the correlation is established, the risk is evident, and there are no associated benefits known to accompany the feeding of grapes. One of the ethical obligations of a clinician is to provide preventative recommendations to those that they serve, even in the absence of formal literature to guide those recommendations. In these instances, clinical experience becomes the cornerstone of practice, and the experience of those working on these cases has been that a change in diet leads to resolution. This is perhaps the most compelling evidence that diet is the primary inciting cause of the cardiac dysfunction in these patients, and it has been documented in multiple publications. Primary DCM, often genetic in nature and caused by dysfunction of the heart itself, does not reverse. It is a progressive disease, and while medication may slow the damage, dogs will ultimately succumb to the process. In contrast, secondary DCM, that which occurs from a cause unrelated to the heart itself such as infection or nutrient deficiencies, can sometimes reverse when the underlying cause is treated, so long as the damage to the heart is not extensive.

A fact which all parties seem to agree upon is that more information is needed, but the evidence that diet is a key contributor remains strong and forms the basis for ongoing investigations that assess diet as a factor. All information collected on this issue in good faith, with sound scientific methodology, acknowledgement of limitations, and recommendations for further study is invaluable and brings veterinarians, pet owners, and the industry closer to resolution of the problem. It is imperative that the narrative not be dominated by misplaced dissent and that the importance of this area of research be emphasized.

Select excerpts in this article were first written for an unpublished Letter to the Editor regarding a study published in an academic journal. 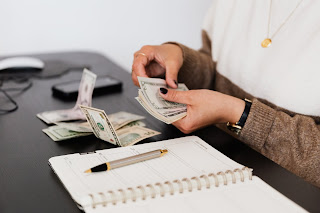