Is Big Business Truly Behind the DCM Debacle? The Demand for Sound Science 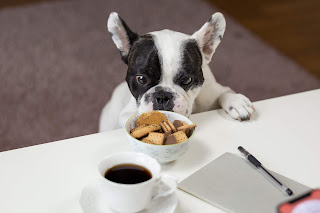 This issue is frustrating. It is daunting, scary, and it is confusing. The ease with which false or misleading information can be disseminated these days is alarming and the constant push to triple check everything is exhausting for even the most scholarly among us. Finding a trusted network of reputable resources is invaluable. Request sources, inquire about credentials, and do not allow anyone to demand you take information at face value or allegation alone. With time, the age of shouting “fake news!” and pointing fingers at opposing positions will pass, and intellectual clarity will be regained. Until that time, do your due diligence. We owe it to ourselves to stay well-informed, but more than ever, we owe it to our pets, who cannot do it for themselves.
at October 24, 2019
Email ThisBlogThis!Share to TwitterShare to FacebookShare to Pinterest
Labels: DCM, myth-busting, news, nutrition