Published Nov 6, 2019, a number of misleading and problematic statements were made regarding the current issue of canine DCM, the role of diet, and the FDA's investigation.

"However, so far, the investigation haven't revealed any evidence for causation between those grain-free dog foods and the onset of the heart disease in dogs."

This is not entirely accurate. The extremely high correlation alone (91% of affected dogs eating grain-free diets, 93% of dogs eating diets with a high amount of legumes and peas) that is not explained away by the prevalence of these diets is indeed "evidence for causation." Additionally, the observance of clinical improvement in dogs that change diet is "evidence for causation." What has not been revealed by the investigation is the mechanism through which the implicated diets influence the heart.

The following statements were quoted from Shawn Messonnier, DVM, a member of the Champion (pet food company) Transparency Council:

"When I talk to clients in my office and they ask me about the DCM issue, I say look, we don't know a thing. Until I know what's going on, all I can say is there are some fearful statements that have been made by the government, here's some foods that some of these dogs were supposedly eating. I don't know if these dogs had DCM or not, but even if the food caused DCM, which would be impossible from a biological perspective, but let's just say somehow it did, you're talking a few hundred causes out of 60 million dogs; this is not even statistically significant to discuss."

This is a lot to unpack, so it has been color coded for ease.
We know several things. We know that cardiologists, board certified specialists, are reporting more DCM cases than they have previously seen. We know that the subsequent FDA investigation has revealed the development of DCM in a variety of breeds, many of them with no predisposition to developing DCM. We know that a disproportionate number of those dogs are eating grain-free and legume-rich diets. We know that a disproportionate number of dogs have been associated with specific niche pet foods that hold a very, very small portion of the market share (< 0.1%). We know that the FDA investigation has ruled out the presence of other known predisposing factors (like tickborne illness) in many of the affected dogs.  We know that dogs improve when changing diet. We know that food has been associated with DCM in the past.
The FDA has not issued "fearful statements." They've issued an urging for caution among pet owners. The FDA's statements have been carefully mediated, and qualified to express unknowns. Their statements have included "Based on the data collected and analyzed thus far, the agency believes that the potential association between diet and DCM in dogs is a complex scientific issue that may involve multiple factors." and "The FDA is using a range of science-based investigative tools as it strives to learn more about this emergence of DCM and its potential link to certain diets or ingredients." and "The FDA is continuing to investigate and gather more information in an effort to identify whether there is a specific dietary link to development of DCM and will provide updates to the public as information develops."
The pet owners reporting their cases to the FDA know what their dogs were eating. There is no "supposedly" about this issue. These aren't "alleged" diets. On that same note, the cardiologists diagnosing affected animals know whether the dog has DCM or not.
Perhaps the most egregious of these remarks, this is patently false and demonstrates a meager understanding of the issue at best. DCM is known to have potential dietary cause in the form of taurine deficiency. See here, here, and here. This is well documented and (presumably) widely known within the medical community. Cardiotoxic drugs have also been documented to induce DCM. It is entirely possible from a biological, physiological, or medical perspective that some component of food, whether that be a cardiotoxic compound or a deficit of a nutrient or a nutrient-blocking effect leading to physiological deficiency, contribute to the development of DCM.
Speaking of things unknown, we do not know how many dogs are truly affected. The FDA explicitly states in their most recent update that for a variety of reasons, dogs are likely not just under-diagnosed, but under-reported. There are no grounds to minimize the reach of companion animals affected by this disease. DCM can progress a-symptomatically, resulting in sudden, unexplained cardiac failure and death. Unless necropsy is pursued, which can be cost-prohibitive and often entails forfeit of a beloved pet’s remains, these cases will never be known. Even when symptomatic, dogs often present with coughing, lethargy, and general malaise, non-specific signs of a myriad of different diseases. They often will auscult normally, with no heart murmur. Diagnosis requires an echocardiogram, an expensive procedure often performed only by cardiologists. Prior to this issue, it would be uncommon to screen a dog without genetic predisposition for DCM. Since the FDA’s announcement, obtaining a diagnosis has only become even more difficult, with many cardiologists booked weeks to months out. There are less than 300 veterinary cardiologists in the US, and they are not distributed evenly, creating geographic disparity in accessibility. It is nearly impossible to put a ceiling on the number of affected dogs, but for anyone who loved one of the 100+ deceased dogs reported to the FDA, even one case of diet-associated DCM is too many.

The next highly problematic statement in the piece comes from Jilliann Smith, director of communications for Merrick Pet Care. She says "We also try to remind them that the FDA is not advising diet changes based on the information gathered so far."

PetFoodIndstry, this article, as with many you have recently published on this topic, is disappointing and speaks volumes to where the heart of your journalism lies. Please reconsider the direction your publications are taking.

For more reading on DCM and the FDA's investigation, see:

The FDA's Update (June 2019)
Diet-associated dilated cardiomyopathy in dogs: what do we know?
FDA searching for possible links between canine diets, heart disease
It’s Not Just Grain-Free: An Update on Diet-Associated Dilated Cardiomyopathy

Is Big Business Truly Behind the DCM Debacle? The Demand for Sound Science
What Do Vets Really Know About Nutrition, Anyway? 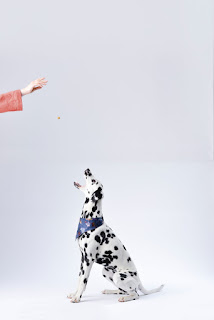