The Rap on Recalls in Pet Food

Few things hold greater concern for the discerning pet food consumer than recalls and as such, dozens of websites offer notifications for new recalls and provide a recall history for various dog food brands. Unfortunately, like most aspects of pet nutrition, there are a myriad of misconceptions surrounding the topic of recalls and the important considerations that should be made when evaluating the recall history of a manufacturer. 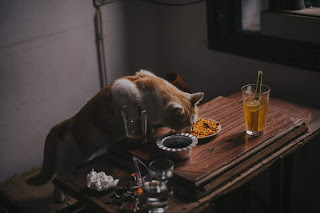 Consideration One: Why did the recall happen? (Voluntary vs Involuntary)

Per the FDA, pet food recalls occur for three reasons. "Recalls may be conducted by a firm's own initiative, by FDA request, or by FDA order under statutory authority." This is an important consideration because while a firm-initiated recall often represents successful post-production quality-control measures, an FDA ordered recall often represents a failure of quality control procedures. A company that is not testing their own products will not have firm initiated recalls, because they aren't doing the testing that would identify the issue in the first place! In such instances, a clean recall record may not indicate top-notch production at all, but rather non-monitored production.

Additionally, not all recalls are for concerns that present an immediate danger to consumers (or their pets). Recalls are sometimes announced for issues such as minor errors in labeling (technically a 'withdrawal'), minor (safe) deviations in ingredients or nutrient levels, or potential but unconfirmed contamination with bacteria. Such "preventative" recalls are a form of quality control and catch possible issues before any illness or injury occur.

Consideration Two: How did the company react to the recall?

Once an issue is identified, the manner in which a manufacturer responds should be evaluated. A responsible manufacturer will identify the 'ground zero' of the event and institute changes to their protocol to prevent future incidents. If a manufacturer disputes the concern, refuses to pull products back until mandated to do so, fails to investigate the issue, and makes no changes to their quality control protocol following event, that may be highly concerning, particularly if they have a track record of violations. As examples of  how responses vary with a recall, consider the two following cases of company responses to Salmonella contamination:

Answers Pet Food (2019): "Lystn, LLC d.b.a./ANSWERS™ Pet Food, announced today that the company has filed a Declaratory Judgment Complaint and is seeking Injunctive Relief  against the Food and Drug Administration (FDA), in the United States Colorado District Court. The complaint challenges the lawfulness of the FDA’s actions, with cooperation provided by various members of the Association of American Feed Control Officials (AAFCO), by adopting a nationwide, zero tolerance standard for Salmonella in pet food that is noncompliant with federal law, unsupported by science, and beyond the FDA’s scope of power as delegated by Congress. While the United States Department of Agriculture (U.S.D.A) permits allowable quantities of Salmonella in human food, the FDA who regulates pet food, rather than following federal law  as set forth by the federal Food, Drug and Cosmetic Act (FD&C ACT), has instead adopted an unsustainable, zero tolerance standard for Salmonella presence in pet food, based on a “Non-Binding” Compliance Policy Guide (CPG)."


Nestle Purina (2011): "Nestlé Purina PetCare Company (NPPC) is voluntarily recalling a limited number of 3.5- and 7-pound bags of its Purina ONE Vibrant Maturity 7+ Dry Cat Food from a single production run and shipped to customers in 12 states in December 2010. This is being done because some bags of the product have been found to be contaminated with Salmonella."

Consideration Three: The role of market share on recall prevalence and frequency.

As a general rule, the greater number of clientele a company caters to, the increased statistical probability of an issue with the company's product actually being noticed. As a hypothetical scenario, two pet foods make it to the shelf with an identical, notable concern, such as a toxic contaminant. 1 of every 10 of the dogs that consume this diet will experience clinical signs of illness. If Diet A sold 1000 bags and Diet B sold 100 bags, there will be 100 affected dogs on Diet A and only 10 affected dogs on Diet B. The chances of Diet A being linked to illness is then far greater than for Diet B, despite that both diets experienced the same contamination event. When a smaller company has fewer, or even no recalls, it doesn't necessarily reflect greater quality control on their part. It may simply mean that any issues they have had have gone unnoticed. On the other hand, larger companies are under a lens of scrutiny given the mass market share of their foods, increasing the likelihood that any issues will be promptly identified by the public if missed by QC protocol.

In the context of pet foods alone, it's difficult to say if recalls have increased in prevalence, as readily available data is difficult to come by. In general, food recalls (human and pet) have increased mildly, about 10% over the last 5 years (2013-2018) according to the Public Interest Research Group. However, the danger spelled by this finding seems to be overstated. Below is a summary of foodborne disease outbreaks, hospitalizations, deaths, and food product recalls by years according to CDC data.

Looking at the 6 year trend, outbreaks, hospitalizations, deaths, and resulting recalls have remained relatively stable. This suggests that the increase in food recalls over time is primarily related to an increase in preventative recalls (recalls not linked to an outbreak) due to improved legislative attention to food safety. As it happens, the Food Safety Modernization Act (FSMA) was passed in 2011.  According to the FDA's information page, it is "  transforming the nation’s food safety system by shifting the focus from responding to foodborne illness to preventing it." Since introduction, FSMA has been improved upon and added to, and increased recalls are to be expected during such changes as previously unidentified concerns are found and addressed.

It's difficult to extrapolate this data to pertain to pet foods as well, as the number of deaths related to item recalls is not as diligently documented, for a variety of reasons. However, as the legislation also pertains to diets targeted for animal consumption, it is reasonable that it may be playing a role in the perception of increased recalls, through increasing the number of preventative recall factors successfully identified. Specifically regarding pet foods, compliance for the "Preventative Controls for Animal Foods" was due in September 2017 for large businesses and September 2019 for very small businesses. The exact requirements can be found on this page. Ultimately, improved regulations on the industry seem to have contributed to a perceived increase in recalls. This does not mean that the quality of food production is in decline, but rather than seemingly "new" issues are finally being addressed after going unnoticed for so long.

A complete list of 2019 recalls on pet food can be found through the FDA and through the AVMA.
On the AVMA website, when filtering by "dog food," there have been twelve recalls in 2019 (once the eight recalls for pig ear treats are excluded). Of those, the vast majority (nine) were for commercial raw diets.

When veterinarians recommend some of the major, heavily-researched foods in the market, it often becomes apparent that there is an inflated perception among many pet owners regarding how many recalls those manufacturers have had. Below you can find a complete recent (since 2005) recall history for Purina, Hills, and Royal Canin, the top recommended veterinary brands. In particular, Royal Canin has had no recalls since they instituted changes following the 2007 nationwide melamine issue. For information on why veterinarians so often recommend these brands, please see Are Vets Bought by Big Pet Food and What Do Vets Really Know About Nutrition Anyway?

August 2013: One variety of Purina One beyond, potential Salmonella contamination, voluntary, no illness reported

June 2015: Withdrawal for labeling, no issues with the food, voluntary

January - May 2019: Varieties of canned food for excess vitamin D, voluntary, consumer reporting, unknown illness reported. January recall expanded once in March and once in May for previously affected lots. The entire recall was one event from one bad batch of vitamin mix, discussed above.