Mid-October, Kansas State published materials from a forum where the FDA met with stakeholders to collectively discuss the ongoing investigation into potentially diet-associated DCM. That information has now been discussed on PetFoodIndustry.com, where several previous problematic commentaries on the issue can also be found. This most recent piece is a series of egregious factual errors that mischaracterize both the nature of the investigation and the nature of the most recent data release. Rather than make too much commentary on  the article, you can find below side-by-side comparisons from the PFI article and FDA updates, emphasis added, to see for yourself:

PFI: “[Dr. Solomon, DVM MPH, Director of FDA CVM] further explained why FDA provided updates per Freedom of Information Act (FOIA) requests, yet he failed to explain the rationale behind the summary of 16 pet food brands named in June 2019 and presented in a manner that claimed all the foods were grain-free. The problem was, some foods were indeed grain-based (note: not very transparent).”

“More than 90 percent of products were “grain-free”, and 93 percent of reported products had peas and/or lentils.  A far smaller proportion contained potatoes.”

PFI: “The data did not show any correlations related to protein.” Now, just think of how much taxpayer money they would have saved if they had read my article in July 2019!”

FDA: “No one animal protein source was predominant.” (June 2019)

PFI: “FDA’s original request was for cases involving grain-free pet food, and that is what people keep sending in (which has resulted in a biased and polluted data pool, but that’s a conversation for another day). Perhaps if FDA asked veterinarians and the public to send in all cases, regardless of diet, we may have seen something else, like the whole picture.”

FDA: “CVM encourages veterinary professionals to report well-documented cases of DCM in dogs suspected of having a link to diet by using the electronic Safety Reporting Portal. The more information you are able to provide, particularly about feeding history, medical records, and diagnostic testing, the better. “ (No mention specifying grain-free foods)

PFI: “Also, for some reason, CVM failed to realize that 88% of the foods were dry kibble.”

FDA: “Review of the canine reports shows that most reports were for dry dog food formulations, but raw food, semi-moist food, and wet foods were also represented.”

PFI: “Potential association of DCM to Lyme disease and Chagas disease has been noted”

PFI: “FDA noted that data from these dogs is fluid and changing (e.g., not conclusive)”

FDA: “This data is fluid and changing. We continue to follow these dogs, and more are expected to reach full recovery.” (Partial recovery at this time does not preclude eventual full recovery)

PFI: “Label evaluations from reported products are being conducted from an ingredient or ingredient class standpoint only … It does not appear the VET-LIRN team examined total dietary fiber as a potential factor in taurine or other nutrient bioavailability. … A simple yet major oversight in this entire investigation is that the investigative bodies and academic community have yet to consider and/or conduct true nutrient analysis and digestibility testing on implicated pet foods.”

FDA: While this may be the case for the specific data presented at the forum, it does not appear to apply to the investigation as a whole:

“Vet-LIRN is also collecting food associated with each CVCA case and will test each diet for:

The FDA is still gathering information to better understand if (and how) taurine metabolism (both absorption and excretion) may have a role in these reports of canine dilated cardiomyopathy. … The FDA is working with the pet food industry to better understand whether changes in ingredients, ingredient sourcing, processing or formulation may have contributed to the development of DCM.”

It is important for pet owners, pet food industry members, veterinarians, and other involved parties (like pulse farmers) to be on the same page if this issue is ever to be understood and resolved. That means that gross mischaracterizations that mislead readers need to stop. For an impartial and data-forward summary of the FDA’s 2020 update, see VIN News’ recent article. 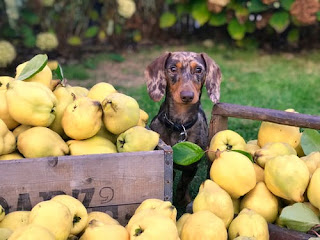