If you aren't familiar with the ongoing investigation into atypical Dilated Cardiomyopathy in dogs as it relates to diet, please see the Comprehensive Diet-Associated DCM Q+A and Nutrition page for additional information and resources.

Much of research investigating diet-associated DCM in dogs thus far has focused on the clinical pictures of affected and unaffected dogs in relation to their diet and patient factors. New research published in the open-access journal Scientific Reports took a deeper look, instead, at the diets themselves. This research took an approach previously dubbed 'foodomics,' or the in-depth study of food, nutrients, and their relation to individuals, health, and disease. While the findings of this study did not identify a definitive cause or mechanism for the atypical cases of DCM that have been seen in recent years (and continue to be diagnosed), it did open several doors for further research, bringing us one step closer to identifying the problem. Because Scientific Reports is an open-access journal, anyone can read the paper without paying. However, the methods and analysis are very technical, and may be less approachable for some readers. For that reason, important information is summarized below in a way more readily accessible to the average pet owner.

To guide diet groupings, the researchers utilized the findings reported by the FDA in 2019. Namely, that cases of DCM were disproportionately associated with 16 brands as well as certain ingredients (pulse legumes, potatoes, and sweet potatoes). The study referred to these diets as "3P/FDA" diets due to them having three or more pulse, potato, or sweet potato ingredients in the first 20 listed ingredients. The other diet group was "non-3P/FDA" which did not meet those criteria and were not known to be associated clinically with DCM. The selected diets for each group were analyzed using metabolic profiling, which detected 830 biochemical compounds. Researchers then compared the diets, both on the basis of the ingredients they contained and in reference to their broad classification as 3P/FDA or non-3P/FDA. A number of differences were found, the entirety of which can be found discussed in the paper. Ultimately,  the diet groups could be distinguished from one another with 100% accuracy on the basis of 30 compounds.

Of interest, three unnamed compounds were found only in the 3P/FDA diets. The authors note in the discussion that it is possible these compounds could be cardiotoxic, or damaging to the heart. In order to investigate that further, the compounds would need to be isolated, identified, and further characterized. A number of B vitamins were significantly lower in the 3P/FDA group, which the authors discuss could be a potential factor in the development of DCM, as certain B vitamins are necessary for the body to synthesize amino acids important to heart health, such as taurine. However, the diets samples were also collected, when possible, from bags of food actually fed to affected dogs, meaning that storage time and conditions were variable and could have resulted in degradation of these vitamins. The authors noted that future studies on metabolomics in affected dogs could help identify a potential role of B vitamins in the disease process. Finally, certain compounds that were higher in the 3P/FDA diet group have historically been associated with inhibition of the transporter that allows carnitine, an essential nutrient, into heart tissues. This could serve as another potential mechanism through which diet could result in heart disease.

The authors also ran analyses in regards to the ingredients as listed (by weight) on the pet foods. The greatest differences between the two diet groups were associated with peas, and compounds that were found at higher levels in pea-rich diets were found in lower levels in diets that contained substantial inclusion of chicken/turkey or rice. This finding is consistent with FDA case report analysis that found 89% of reported diets contained peas.

To reiterate, this study is simply another building block in the larger investigation of what aspects of diet contribute to atypical DCM. It does not identify a definitive, causative mechanism, nor does it conclusively establish that any ingredients or diets are toxic, dangerous, or otherwise unfit for use in pet foods. Instead, it shines light into the importance of consumer and industry awareness towards the complex interplay and interactions of ingredients, nutrients, and individual biochemical components in food, both in terms of the diet and the metabolism of animals consuming the diet. 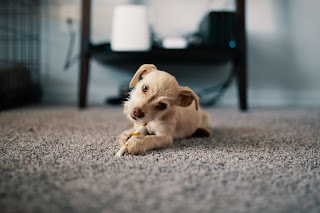