When is correlation due to causation?

"Correlation isn't causation," is an accurate statement that is, unfortunately, oft' misemployed when members of the public discuss science or research. Specifically, it is used (incorrectly) to undermine actual instances of causative relationships. "Correlation," refers to an association between two events, scenarios, or factors. "Causation," refers to such things directly impacting one or the other in a cause-and-effect type of relationship. What becomes confusing is that correlations can be due either to a non-causative, indirect relationship (such as a common causative factor, or simply random chance) or to a mechanism of causation. Whenever causation is present, correlation is as well.
Rather than broadly dismissing actual instances of causation by appealing to the existence of a correlation between two values, one must ask themselves: When is correlation due to causation?
Parsing out causation from correlations in research is known as "causal inference." In epidemiology (the study of when and why what diseases impact who), a set of criteria developed by Bradford Hill in the 1960s has classically been used. These criteria are not intended for use as a hard and fast checklist, but rather a rough guideline for considerations within the overall context of a specific area of study, guided by the expertise of the researchers. When some or all of these criteria are met, 'causation' is more supported. They are as follows:

1: The Strength of Association

In today's research, this typically refers to whether or not an association has 'statistical significance,' a measurement intended to assess the likelihood of perceived associations being due to chance alone. Classically, Hill cited the magnitude of association, such as seeing a 10-fold increase of a disease in the presence of one factor vs seeing a 200-fold increase. He argued that smaller associations were more likely to be due to bias or chance than larger ones. Both the magnitude and significance of an association can vary due to the research methods and type of analysis utilized, so it is important for this to be considered within context. For example, a study conducted on a small sample size may fail to demonstrate statistical significance, not because there isn't a causative mechanism, but because the study design was insufficient to identify it.

Consistency refers to the ability of the observed relationship to be replicated in additional studies. While this may mean observing similar results in different populations or in research by different researchers following a similar methodology, it can also mean utilizing a different mode of investigation towards the same relationship, such as in-vitro experimental studies (test tube or culture plate experiments), in-vivo (real life) experimental animal model studies, and observational human studies. Experimental studies are not always done on humans when observational studies alone provide strong evidence of a disease-causing factor. For example, rather than having one group of people smoke a pack of cigarettes per day and one group avoid exposure to tobacco smoke, researchers can design observational studies looking at outcomes among these population groups as they already exist. This limits the ability to control for confounding factors, but it also avoids the ethical issue of intentionally inducing disease in human subjects.

"One cause = one effect" is the classic underlying principle of this criteria. This criteria has been widely criticized as the understanding has developed that causative factors often yield multiple effects. This is actually one of the reasons that correlation is not always indicative of causation:  two correlated factors may be unrelated to one another but share a common causative factor, resulting in them trending together, seemingly related. Fedak et al., suggest that specificity can be revisited and instead thought of as referring to the mechanistic means by which a factor causes a disease, down to the specific molecular pathways. Mechanistic specificity would then provide a clear causative pathway for an observed relationship between, for example, a carcinogenic compound and the cancer associated with it.

For many, this criteria is intuitive. Cause must precede the effect. If a relationship is causative, exposure to the factor in question must occur some time before development of the observation or outcome in question.

A biological gradient refers to a dose-dependent curve where higher exposures to the causative agent result in more frequent or more severe manifestations of the observed outcome. For example, smoking more cigarettes increases the risk of developing cancer. This criteria is not meant to say that were a dose-dependent response is not seen, causation does not exist. Rather, Bradford Hill stated (emphasis added) "if a dose response is seen, it is more likely that the association is causal." However, it is clear that some relationships are complex and this criteria alone neither proves nor rules out causation.

Here it is posited that consideration must be given to whether it is plausible the ostensibly causal relationship in question could occur. The most immediate flaw with this is the reliance on past beliefs or current knowledge and understanding. While it is excellent to have a plausible hypothesis for the mechanism underlying a potentially causal relationship, lacking such a plausible hypothesis may be indicative of a knowledge gap or the need for a paradigm shift, rather than evidence against the causal nature of an observed relationship.

If a causal relationship exists, the criteria of Coherence suggests that said relationship should fit within the existing framework and body of evidence surrounding the disease or outcome in question. In other words, 'does it make sense?' As with the criteria above, something that doesn't quite fit the picture could indicate a knowledge gap or mistakes in current understanding. However, in today's ever-growing body of scientific understanding, it is reasonable to expect that hypotheses surrounding well-researched outcomes or aspects of physiology fit within the framework. If they do not, extraordinary claims require extraordinary evidence.

While it is not always ethical to conduct experimental studies on certain relationships, when possible, experimental studies with control of variables are the gold standard for scientific inquiry and investigation, topped only by systematic meta-analysis of several such studies. In epidemiology, though, the applicability of such studies should also be taken into account. That is to say, while experimental studies conducted in a relative vacuum, controlling for confounding variables, contribute substantially to our scientific understanding of the relationship between factors and outcomes ... the real world does not operate in such a vacuum. The reality is that multiple confounding factors often interact to produce outcomes in the general population. Understanding those individual factors independent from one another may be useful, but it also misses the bigger picture. For that reason, large scale retrospective, prospective, and cross-sectional studies are also invaluable, despite their limitations.

Finally, analogy. As a tool for causal inference, analogy has been more widely criticized. It refers to the notion that once causation has been established between an agent and an outcome, analogous agents should produce analogous outcomes. This criteria can be used to aid and guide new hypotheses and further research, but does not provide additional framework for supporting or denying causation.

Fedak et al., write "The Bradford Hill Criteria can aid researchers in connecting the dots within a body of literature, either to lead to suggestions of causal relationships or identification of what more research is needed to understand potential causality. As ever, the criteria should not be used as a heuristic for assessing causation in a vacuum; rather they should be viewed as a list of possible considerations meant to generate thoughtful discourse among researchers from diverse scientific fields."
Moving forward, it would be great to see the phrase amended as "correlation is not always causation." 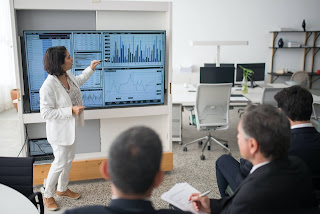 at August 28, 2021
Email ThisBlogThis!Share to TwitterShare to FacebookShare to Pinterest