Has data revealed that DCM in dogs did not increase with grain-free sales?

A new research paper from BSM Partners was published this month and has already started to circulate online, ostensibly addressing the question of whether DCM cases have increased over time as grain-free diets have become more popular and widely fed. As a reminder, BSM Partners is a consulting firm that formulates pet foods for various companies, including Zignature, one of the top named brands associated with the FDA’s investigation. Employees of this company were the authors behind a widely criticized, non-systematic literature review on DCM published in 2020. Their conflict of interest on this subject has also previously been discussed in an article by Dr. Brennen McKenzie, known on his blog and social media as SkeptVet, and still applies to the current paper. Undisclosed for this paper, BSM Partners also received explicit research funding from several pulse legume interest groups.

To preface, a well-conducted study such as this could provide useful information to add to the developing issue. Unfortunately, this particular study failed to collect sufficient data, and in being published despite that, paints an incomplete picture that cannot provide many meaningful conclusions. While the findings can be easily characterized to dismiss the notion that atypical DCM cases, as being investigated by the FDA, are linked to certain grain-free or legume-rich diets, the striking limitations must be given consideration.

There are approximately 300 board certified veterinary cardiologists in the USA, practicing at a variety of locations, such as teaching hospitals, independent mobile or consulting services, corporate specialty chains, and brick & mortar private practices. A list of specialists and their practices can be found through the VetSpecialists website.  According to the present study, there are 88 clinics with active cardiologists.

For the study, BSM Partners contacted all 88 practices, of which only 14 provided data (interestingly, an earlier preprint version of the paper stated they contacted only 36 practices). Such a final sample (16%) is hardly representative and certainly not adequate for describing DCM caseload over time. According to the FDA's presentation at the Kansas State Forum in September of 2020, the geographic distribution of reports seems to correspond with US population centers. Based on the color scheme of the included graph, it appears that states with the most reports include California, Michigan, Ohio, and Massachusetts. Only one of these four states is represented in the present study.

California has over 20 veterinary practices that employ cardiologists, including the U.C. Davis Veterinary Teaching Hospital where research has been led on diet-associated DCM. The study in question does not have data from California. Massachusetts has at least 9 veterinary practices with cardiologists, including Cummings School of Veterinary Medicine at Tufts, where there is ongoing research on diet-associated DCM. BSM Partners only collected data from a single practice in Massachusetts (not Tufts), and that practice provided only two years of data. There are at least 5 clinics with cardiologists in Ohio, including the Ohio State University Veterinary Medical Center, where recruitment was recently ongoing for clinical study on grain-free diets and DCM. No data in the present study comes from Ohio. Finally, Michigan, where there are at least 5 clinics with cardiologists as well, one of which is Michigan State University Veterinary Medical Center, had no data.

It's also worth noting that no information is provided on what relative share of cardiology caseload the responding clinics receive in their region. This is important for a study such as this. There may be a bias in which referral centers local veterinarians recommend, and there may be differences in which clinics within a region are seeing atypical DCM cases. A survey could easily miss an increase over time if the increase was occuring disproportionately at a location not included in the survey. As an example, many academic institutions enroll patients for research. Due to this, general practices may preferentially refer certain diseases to those institutions to support research efforts, meaning less of such cases are seen at other referral centers.

The next problem lies in how the incidence of DCM was discussed. The authors defined incidence as the percent of DCM cases newly diagnosed out of the referrals for each year at the site. They write themselves, "this study's reported incidence rate is a proportion of cardiology cases seen by the participating cardiology services, rather than the whole dog population or within all canine referral hospital cases." If a hospital in this sample saw more DCM cases over time and also saw more non-DCM cardiology cases over time, the overall 'incidence' as defined would remain unchanged, but that provides no information on how that reflects changes to the general population or referral trends. In particular, it provides no room for the many dogs that are unable to access cardiologists due to financial, geographic, or other limitations. It also does not give insight to whether an increased portion of those DCM cases are what a cardiologist would consider 'atypical.' In other words, this data cannot disprove the hypothesis that atypical DCM cases are increasing/increased. Breed data could help provide more insight, but was only provided by three of the surveyed practices-- and that breed data, though very limited by the sample size, still supports that there is an increase in atypical DCM cases in mixed breeds. Small breeds, mixed breeds, 'other,' and retrievers all saw a positive correlation between caseload and time. The data was only statistically significant (p < 0.05) for mixed breeds, but it was “nearly significant” for both small breed (p = 0.055) and other (p = 0.053). “Nearly significant” is used very loosely. Values above 0.05 cannot be used to draw a conclusion or suggest an association— significance is considered a hard black and white line, despite the cut-off being somewhat arbitrary. It is entirely possible that a larger sample size would have yielded similar, yet statistically significant results, given the influence that sample size has on statistical power. In other words, an analysis of this nature with a larger sample size would be excellent, but the provided data (except for mixed breeds) can neither demonstrate nor disprove an increase in DCM over time.

The problems extend beyond the dog data. There is an inherent limitation to using a population-level estimate of pet food sales rather than diet history. Even if 35% of dogs in the US are eating grain-free diets, what matters in this context is what percent of dogs seen at cardiology centers, or dogs diagnosed with DCM, are eating grain-free diets relative to the general population. That data is not provided through this study. It is worth noting, however, that while the author's high-end estimate for dogs eating grain-free diets in 2019 is ~40%, in the FDA case reports, released in 2019, 91% of reported dogs were consuming grain-free diets. This correlation alone cannot indicate causation, but is concerning and provides a route for further inquiry, which is still being pursued with ongoing research.

It would be unfair to imply that the authors did not acknowledge some of these discussed limitations-- they do note, near the end of the paper, that the data represents a very small window into overall cardiology (and DCM) cases. They also write “Future studies are necessary to understand whether a correlation exists between different nutrients within pet foods and the development of DCM in dogs.” Given the glaring gaps in the data collected, this study simply cannot answer the question of whether DCM incidence has increased over time alongside grain-free food sales.

Despite the many limitations, discussion surrounding this paper will no doubt be spun to support tired claims that the FDA's investigation is baseless or that no link has been found, which is not only damaging to good faith endeavors to understand this issue, but insulting to the hundreds, if not thousands, of dogs and families that are facing heartbreak secondary to diet-associated DCM. A press release provided by BSM Partners is titled “DCM Incidence in Dogs Remained Flat with No Correlation to 500% Growth of Grain-Free Diet Category Over Nearly a Decade.” This headline implies that DCM incidence was adequately determined in order to make that assertion. An article on TruthAboutPetFood followed, titled “New Information Challenges DCM’s Link To Grain Free Pet Food.” Meanwhile, veterinarians continue to diagnose new cases, even among dogs born after this investigation began, and the common denominator remains diet— with a change in diet central to recovery. 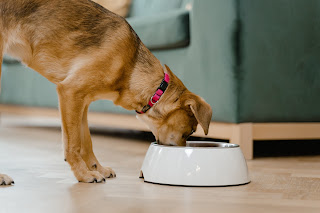