Background: Research in the 1980s-2000s previously linked DCM in both cats and dogs to taurine-deficiency, and in dogs to L-carnitine deficiency and certain lamb and rice diet formulations. Currently, there is concern regarding a link between grain-free and/or high-pulse diets and DCM in dogs. A timeline of this current concern is as follows:

<Timeline Graphic to be published... eventually... check back!>

2014: The FDA begins collecting data on atypical DCM cases after veterinary cardiologists in the USA alerted them to a higher frequency of DCM in unexpected breeds and a pattern in the diets being consumed by these pets. Discussion from such veterinarians can be found in an early Washington Post article and New York Times article.

July 2018: The FDA announces their ongoing investigation to the public and veterinarians, encouraging that any cases of DCM suspected to be related to diet be reported through their online portal. At this time, the original page appears to have been removed or moved, but a link will be added later if found.

December 2018: An observational, prospective study shows an association between grain-free diets, taurine-deficiency, and dilated cardiomyopathy in Golden Retrievers (Kaplan et al.). A commentary published in JAVMA, authored by a number of nutritionists and cardiologists, urges vigilance within the veterinary community regarding these atypical cases of DCM that may be related to certain diet types. This commentary coined the term 'BEG' to describe these diets, referring to them as being Boutique, Exotic, or Grain-free (Freeman et al.).

February 2019: An observational, retrospective study shows an association between grain-free diets and DCM in dogs; suggests that a change of diet and taurine supplementation can lead to reversal of disease (Adin et al.).

June 2019: The FDA issues a major update that would soon become controversial among industry members. This update revealed that 515 dogs had been reported and the FDA named the breeds, brands, and ingredients most commonly associated with reports. They also released a PDF of all complaints received at that time. This update maintained that while there was a common denominator in food, investigation had yielded no definitive cause or mechanism, and acknowledged that multiple factors could be at play. The recommendation remained for pet owners to discuss food with their veterinarian and for owners and veterinarians to use the portal to report any suspected cases. In the aftermath of this update, many media outlets began to report on the associated brands, urging pet owners to switch foods, and many members of the industry began to push back in the face of profit losses.

August 2019: Pulse growers begin to lament the FDA announcement, worried about the impact on the sale of pulse crops, 10-20% of which go to pet food.

January 2020: A newsletter from the Northern Pulse Growers Association discusses ongoing political efforts to urge the FDA, via Congressional leaders, to "discontinue their updates on this issue unless there is such evidence to support their statements. As pet food has become an important market for our products, we will continue to monitor this situation and take further action if necessary to stem further erosion of market share."

May 2020: An observational, prospective study shows an association between consumption of non-traditional diets and low taurine and echocardiographic abnormalities in Golden Retrievers (Ontiveros et al.).  This paper was the subject of near immediate industry criticism and there was talk that it may be retracted. At this time, PLOS One's investigation of the reports has not resulted in retraction of the paper, and a discussion of the alleged problems is available.

The May issue of 'Pulse Pipeline' announced ongoing donations to pet formulation group, BSM Partners, whose research would have the potential to “discover the real cause of Dilated Cardiomyopathy in dogs.” They clarify their intent: "Now we need hard evidence to dispute [the FDA's] claims." The nature of the research is further described: "BSM is asking for $5 million to conduct three important research projects that have the potential to discover the true cause of DCM in dogs and take the heat off of grain-free diet ingredients."

June 2020: A non-systematic literature review conducted by pet food formulation group BSM Partners (McCauley et al.) makes rounds on media press releases, claiming that a 150+ study analysis shows no link between diet and DCM. This paper drew fire from the veterinary community, as reported on by VIN News and The Canine Review, for sweeping conclusions and omission of relevant information on the subject matter. Most of the studies in the review were not about the current concerns of diet-associated DCM, and the authors failed to report a glaring conflict of interest (working for a company that serves as the formulator for Zignature, one of the most reported brands in the FDA's complaints). Nonetheless, the media report that there is 'no link' takes popular hold.

July 2020: Columbia Grain International, self-identified as one of the largest producers and exporters of pulses in the US, announces a donation of $25,000 to BSM Partners. They write, “Lately, the FDA has made it difficult for pet owners to share the health values of pulses with their pets without concerns brought about by the FDA’s unsubstantiated claims that they may be harming their furry friends,” and say that an estimated 250,000 tons of sales have been lost secondary to changes in the pet food industry. They characterize their donation as supporting pulse growers and industry partners.

The July issue of the Northern Pulse Growers Association newsletter contains a message from the Executive Director... "Pet food was one of our fastest growing markets for the pulse industry, UNTIL. . In July 2018, the FDA sent out information to the media indicating there was a correlation between grain-free diets and DCM (heart disease) in dogs. The information was disseminated without scientific evidence. The announcement impacted the pet food market overnight. Prior, the pet food market represented a steadily increasing opportunity for the region’s producers."

September 2020:  Seven senators write to the FDA about being careful of the impact of their words, noting that the investigation was of significant interest to several groups of people, including farmers in their states. Shortly following in the same month...

A closed forum is held at Kansas State University where the FDA, along with key members of the industry and veterinary profession, gave presentations on diet-associated DCM. The FDA's opening remarks acknowledged the pushback to their previous messaging, noting that the investigation has not been kind to everyone's bottom line and promising that the topic would not be spoken on publicly unless clarifying prior messaging or sharing "something substantive." A presentation update from the FDA discussed recovery in cases that had been followed and changed diet after diagnosis. Additionally, it was revealed that the FDA had received over 1,100 complaints by this time. The forum materials were made available online by Kansas State, but the FDA did not issue a public update at this time.

November 2020: The FDA issues an 'inflection point' on DCM, discussing the Kansas State forum. At this time, the FDA coined the cases as 'non-hereditary DCM' and much of the messaging focused on the non-definitive nature of the investigation thus far, as well as factors beyond diet that are being explored (in addition to, not instead of, diet). This update was also reported in media outlets as a retraction. However, VIN News confirmed with the FDA directly that diet is still under investigation as a potential factor.

December 2020: An observational, retrospective study shows that changing diet in dogs diagnosed with DCM while eating a non-traditional diet is associated with a significant increase in mean survival time following diagnosis, including reversal of disease in some patients (Freid et al.).

February 2021: An observational, retrospective study shows that among dogs in congestive heart failure diagnosed with DCM, the length of time a dog was on a grain-free diet was correlated with worse outcomes (Walker et al.). In those dogs that survived at least one week, changing diet was associated with improved outcomes and reverse remodeling of cardiac changes. Additionally, an observational cross-sectional study found that among healthy dogs, consumption of grain-free/high-pea/high-lentil diets was associated with increased levels of Cardiac Troponin I, a biomarker associated with cardiac damage (Adin et al.). Authors write this may be indicative of low-level cardiomyocyte damage and advise further research.

June 2021: Several presentations at the annual ACVIM forum cover the topic of Diet-associated DCM. Soon-to-be-published research continues to support that there is a link between certain diets and increased risk of developing DCM.

August 2021: "Foodomics" research out of Tuft's University (Smith et al.) provides multiple leads on potential mechanisms for the association between certain diet types and the development of dilated cardiomyopathy. Unique, unnamed compounds were present in "3P/FDA" not found in "non-3P/FDA" diets. Additionally, 3P/FDA diets were found to have certain nutrients in deficiency or excess relative to non-3P/FDA diets. Those specific nutrients have previously been associated with physiologic processes that may contribute to DCM development.

The current bottom line: Grain free diets, diets high in legumes or peas, and diets containing exotic ingredients are disproportionately associated with unexplained, atypical, and reversible DCM across dogs of numerous breeds, ages, sizes, and geographical location and we do not know why. Evidence continues to suggest that diet is the most likely inciting cause. Investigation of this issue has been complicated by the deep industry disruption and subsequent pushback to profit losses. To date, there is no evidence demonstrating that grain-free or pulse-rich diets are necessary, or even beneficial, for dogs. Until we know more, pet owners should consider avoiding grain-free or legume-rich diets, and if possible, stick to brands that are going above and beyond with formulation and manufacturing processes. 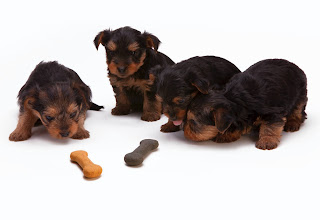 at May 06, 2021
Email ThisBlogThis!Share to TwitterShare to FacebookShare to Pinterest